Martin qualified from the University College of Osteopathy in 1996 having completed the full-time B.Sc.(Hons) Ost degree.
He completed all his clinic time and clinic assessment in his fourth year, with the added time in Mothers and Babies clinic and Sports injuries clinic.
His thesis was on Shoulder Dysfunction in Rugby players, the sample group being London Welsh RFC.

Initially he worked for 3 years at Kettering Osteopaths.
He developed his all round skill base and techniques during this time and started treating babies, children and pregnant mothers. He also overlapped his time with work at Rugby Osteopaths (Rugby) and starting his own practice in Northampton.

He has also worked 2 years abroad, in New Zealand and Australia, where he treated many different types of patients, including International Rugby players, Cyclists and endurance athletes. On returning from there he set up his own practice in Brighton and in Shoreham in 2004.

Martin also qualified from University of Christchurch, Canterbury, Kent with a B.A.(Hons). This was an early Sports Science Degree (initially called Movement Studies/ Exercise Physiology in 1984). His thesis was on Motor Skill Psychology.

From 1984 to 1992 Martin worked as self-employed fitness and health professional. He worked with Canons Health Clubs (initially the Metropolitan Group), L.A. Fitness, London Welsh RFC, and numerous other sporting and health organisations.

Martin also had a long and keen interest in music, playing guitar and piano. These hobbies have helped him when assessing and treating the many professional musicians he treats.

He is also a member of the Institute of Osteopathy (IoO). The IoO also provides ( and recommends) many osteopathic post-graduate courses in the UK and Europe.

Osteopathy was founded in the late 1800s by physician and surgeon Andrew Taylor Still in Kirksville, Missouri. The son of a surgeon, Still soon discovered that in order to achieve the highest possible form of health, all parts of the body should work together harmoniously. His goal was to restore the body to optimum health with minimal surgery and medicine, influenced in part by the realisation that medical treatments of that time were largely ineffective and in some cases, harmful. 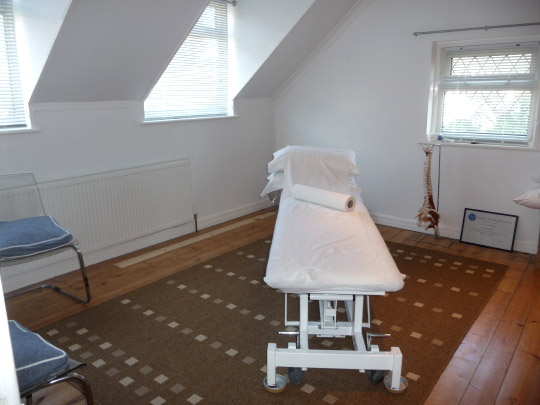